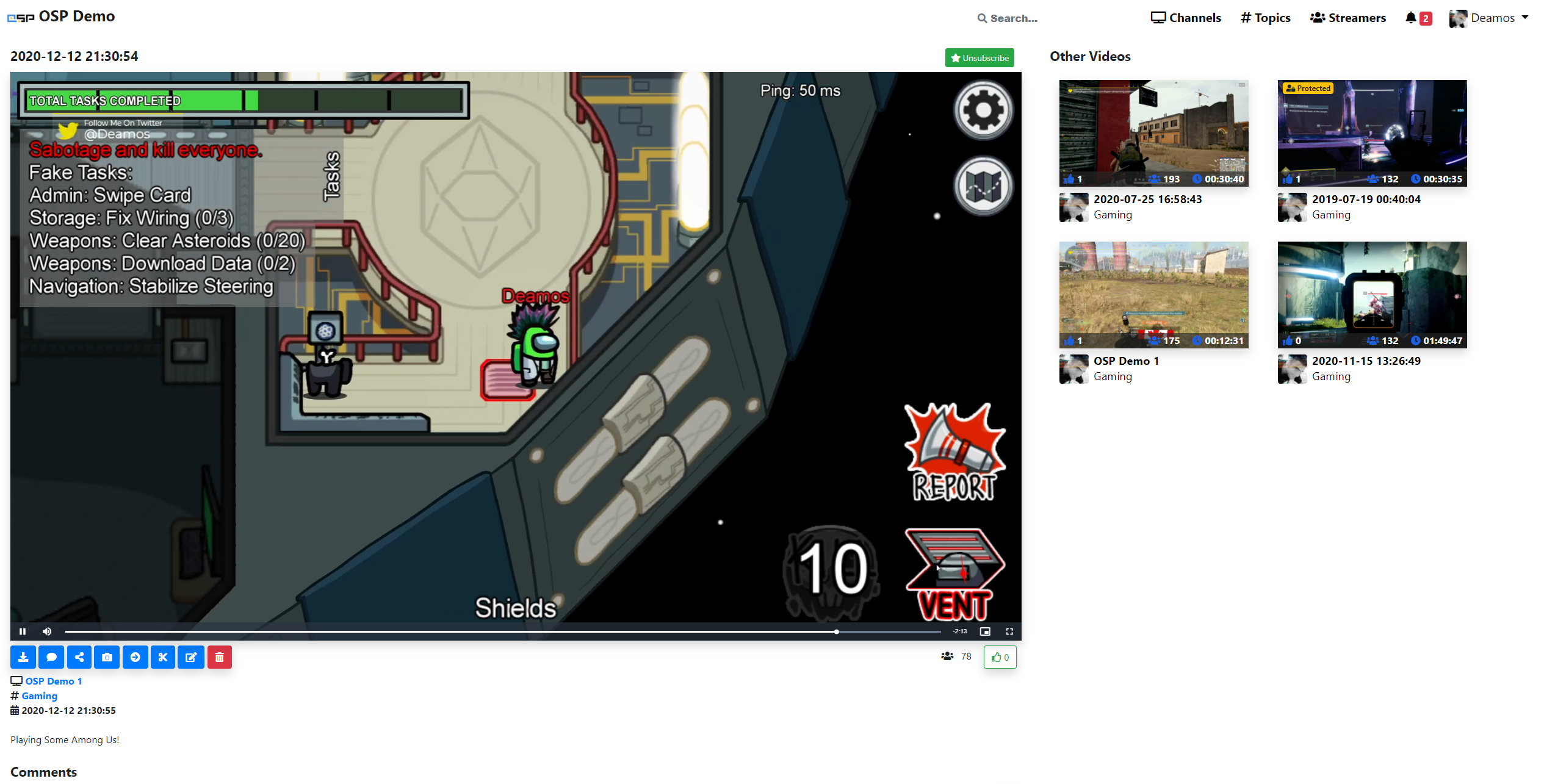 Installation Instructions may be found at the OSP Wiki Page

Docker Files can be found at the Open Streaming Platform Docker Repository as they become available.